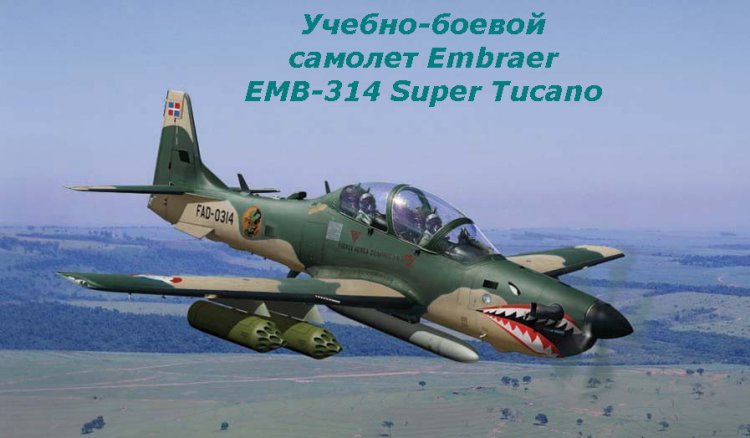 EMB-314 Super Tucano - the uchebno-training plane of the basic flight preparation created by Brazilian firm EMBRAER on the basis of plane EMB-312 Tucano.
First prototype Embraer EMB 314 Super Tucano has risen in air in 1992. It was initially projected as a training aircraft, but subsequently has been finished and for carrying out of blows from air. The cabin of the pilot of an attack plane is protected by the reservation. Brazil is made by company Embraer.
→ Size: 3 MB
→ Date: 10 years ago (15.10.2009 20:58)
→ Author: Издатель: Неизвестен
→ Uploaded by: Foxtrot_1 (uploaded 60 files )
→ Approved by moderator: SLAVJAN
→ License: Freeware - Free version, Unlimited Distribution
→ Downloaded: 2041 time(s)
Comments 1 View ZIP-Content Download 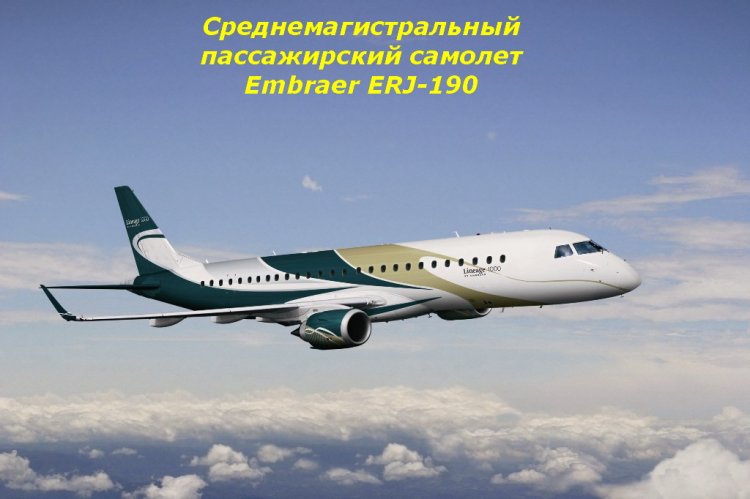 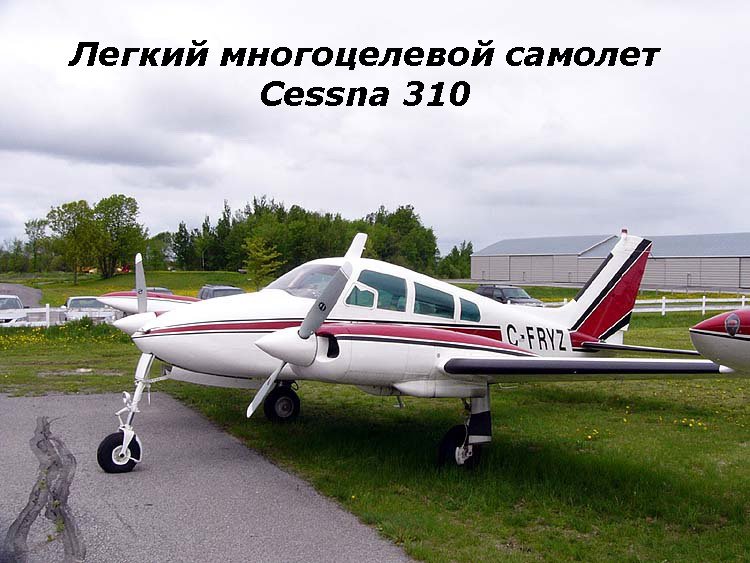 Cessna 310 - the easy multi-purpose plane developed by American firm Cessna Aircraft Co. Five-six-seater easy two-engined monoplane Cessna Model 310 was developed in 1952 the Prototype has made the first flight on January, 3rd 1953г. It was a lowplane with the three-wheeled chassis and the engine for military use Continental Е225 by capacity of 225 h.p., which has been applied for the first time in civil aircraft on this model. By early serial planes engines IO-470 by capacity 260л were established. With. The design had two additional fuel tanks on the ends of wings which contained subsequently all stock of fuel. Deliveries of serial planes have begun in 1954
→ Size: 3 MB
→ Date: 10 years ago (12.10.2009 00:11)
→ Author: Издатель: Неизвестен
→ Uploaded by: Foxtrot_1 (uploaded 60 files )
→ Approved by moderator: Lenya69
→ License: Freeware - Free version, Unlimited Distribution
→ Downloaded: 1945 time(s)
Comments 0 View ZIP-Content Download 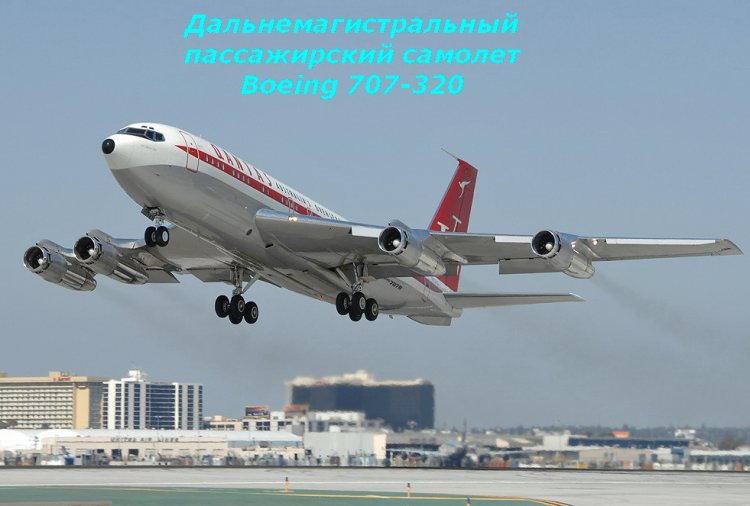 Boeing 707-320 - the distant passenger plane developed by American firm Boeing. The plane is the further development of initial model 707-120. Differs in the increased sizes of a fuselage and a wing, big a stock of fuel and range of flight. Firm "Boeing" has started working out of the plane in December, 1955 under the offer of airline Pan American which planned to carry out flights through Atlantic to Europe. The first flight 707-300 has executed the plane on January, 11th, 1959, and in the middle of July has received certificate FAA. Operation has begun in the end of August, 1959 By the plane engines Pratt and Whitney JT4А-3,-5,-9,-11 and v12 by draught on 7150-7950 kgs were used.
→ Size: 2 MB
→ Date: 10 years ago (11.10.2009 17:48)
→ Author: Издатель: Неизвестен
→ Uploaded by: Foxtrot_1 (uploaded 60 files )
→ Approved by moderator: UDVA
→ License: Freeware - Free version, Unlimited Distribution
→ Downloaded: 2603 time(s)
Comments 0 View ZIP-Content Download 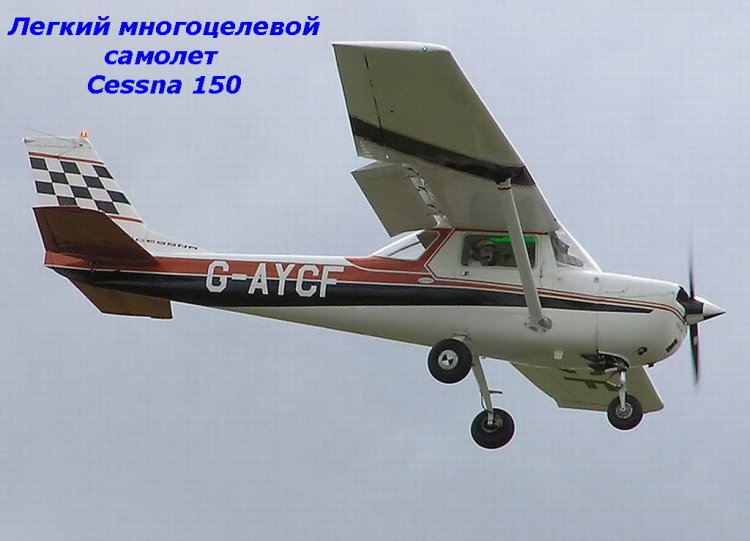 Cessna 150 (English Cessna 150) - the easy plane. Was issued by company Tsessna. Since 1959 on 1977 23 954 planes are constructed. Cessna 150 is simple and reliable car. For this reason, it became one of the most popular planes for training of beginning pilots.
To lacks it is necessary to carry high sensitivity of the plane to turbulence because of small weight and low loading on a wing - from 10 pounds / sq. foot.
→ Size: 7 MB
→ Date: 10 years ago (11.10.2009 17:48)
→ Author: Издатель: Неизвестен
→ Uploaded by: Foxtrot_1 (uploaded 60 files )
→ Approved by moderator: UDVA
→ License: Freeware - Free version, Unlimited Distribution
→ Downloaded: 2295 time(s)
Comments 0 View ZIP-Content Download 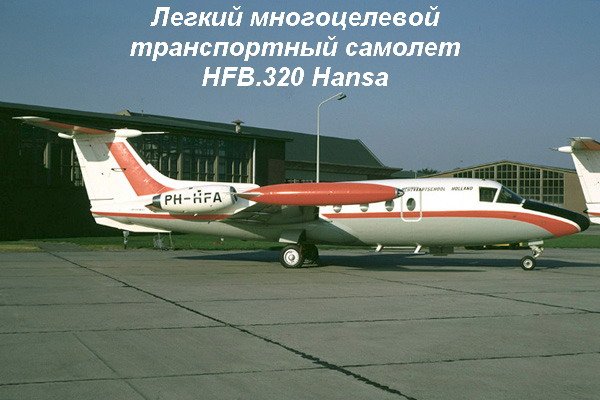 HFB.320 Hansa - the easy multi-purpose transport plane developed by German firm Hamburger Flugzeugbau G.m.b. H. (Later Messerschmitt-Bolkow-Blohm G.m.b. H.). Its distinctive lines are the T-shaped plumage, the fuel tanks located on the ends of wings. To an average wing it has been given a return corner during 15 hailstones., that has allowed to pass the main longeron through a fuselage. The skilled plane has risen for the first time in air on April, 21st 1964г., and the first serial sample - on February, 2nd 1966г.
→ Size: 8 MB
→ Date: 10 years ago (11.10.2009 16:04)
→ Author: Издатель: Неизвестен
→ Uploaded by: Foxtrot_1 (uploaded 60 files )
→ Approved by moderator: SLAVJAN
→ License: Freeware - Free version, Unlimited Distribution
→ Downloaded: 1139 time(s)
Comments 0 View ZIP-Content Download 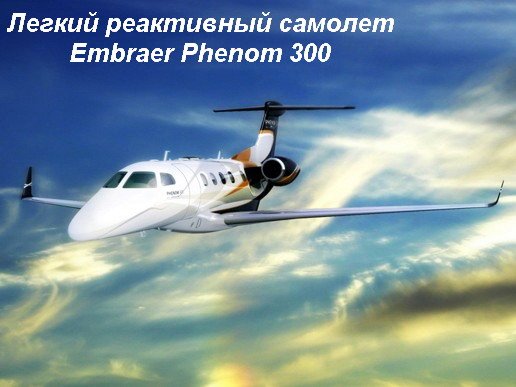 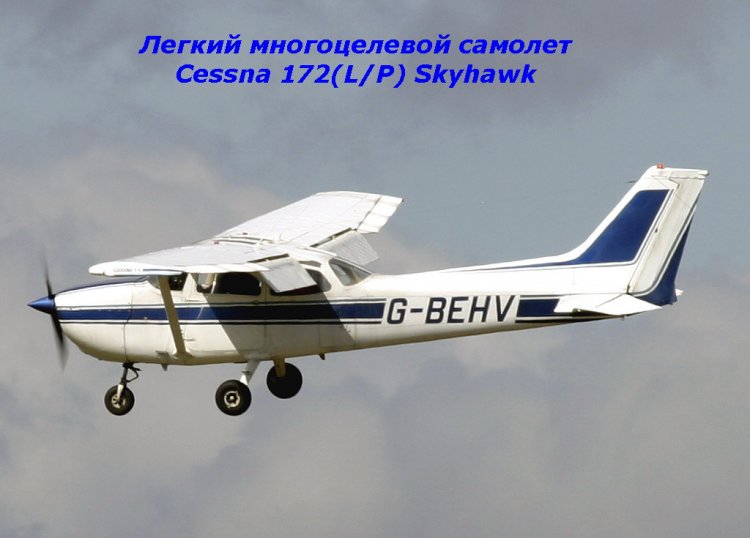 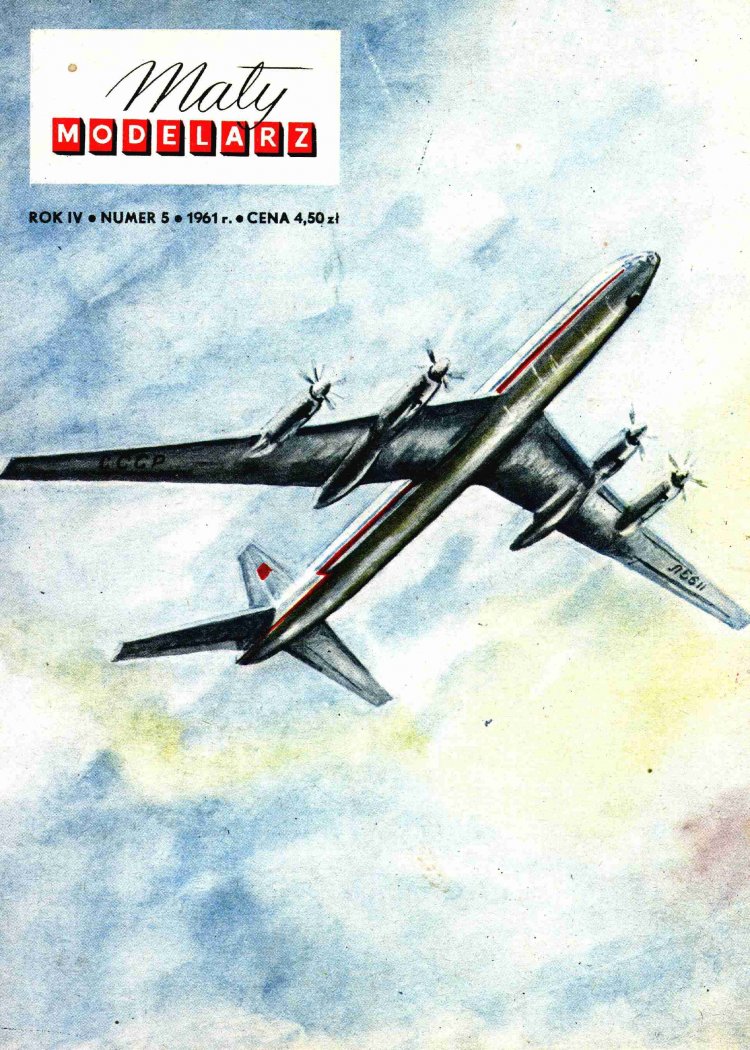 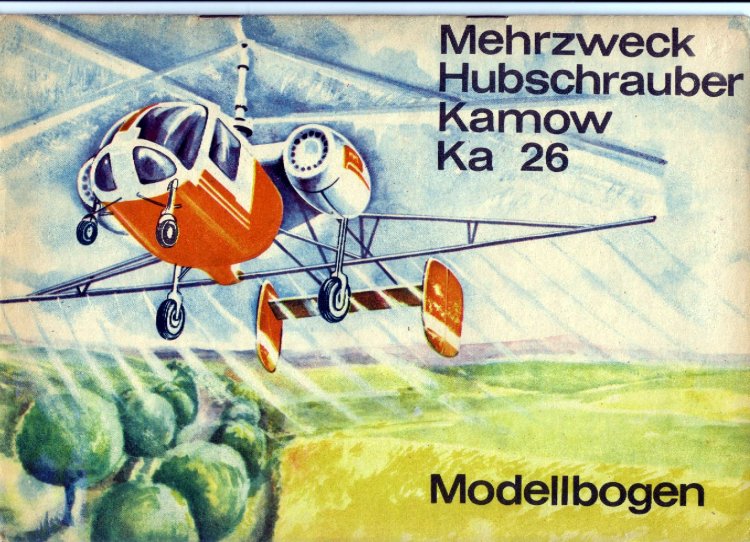 - Screenshot 2
- Screenshot 3
Ка-26 (On NATO codification: Hoodlum - "Hooligan") - the multi-purpose helicopter developed in OKB Kamov. A batch production at aviation factory in Ulan-Ude and aviation factory. In total 816 helicopters have been constructed, including 257 are put in 13 countries of the world.
The helicopter basically was applied in the civil purposes, however, also was used in the Air Forces of Romania and Hungary, police of GDR and Germany.
By the helicopter 5 world records are established, including: a record of height for helicopters in take-off weight in a class 1750-3000kg - 5330мeter, a record of high-speed lifting: height achievement 3000м - 51.2s. 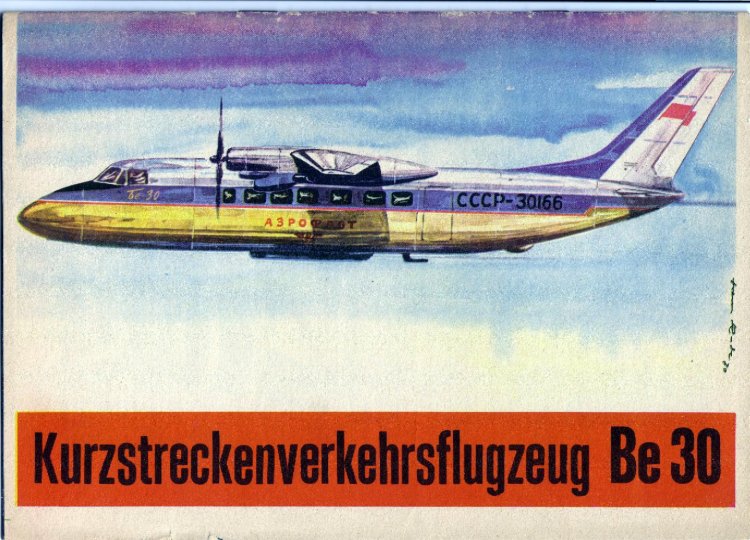 - Screenshot 2
- Screenshot 3
Passenger plane Be-30 was created during difficult time for the headed G.M.Berievym of design office. The euphoria connected with development of the rocket technics, has led to that the basic customer in the name of the Ministry of Defence has sharply reduced volume of workings out of new aviation technics in general and seaplanes in particular.
The first flight has taken place on June, 8th, 1968. Then the plane has successfully passed tests in various climatic conditions and has received positive responses of flight and technical services. Skilled plane Be-30 was shown in 1969 on the 28-international Salon. In total five planes Be-30 have been constructed.
→ Size: 6 MB
→ Date: 10 years ago (08.10.2009 01:08)
→ Author: Издатель: Kranich
→ Uploaded by: Foxtrot_1 (uploaded 60 files )
→ Approved by moderator: Lenya69
→ License: Freeware - Free version, Do Not Redistribute
→ Downloaded: 1199 time(s)
Comments 0 View ZIP-Content Download 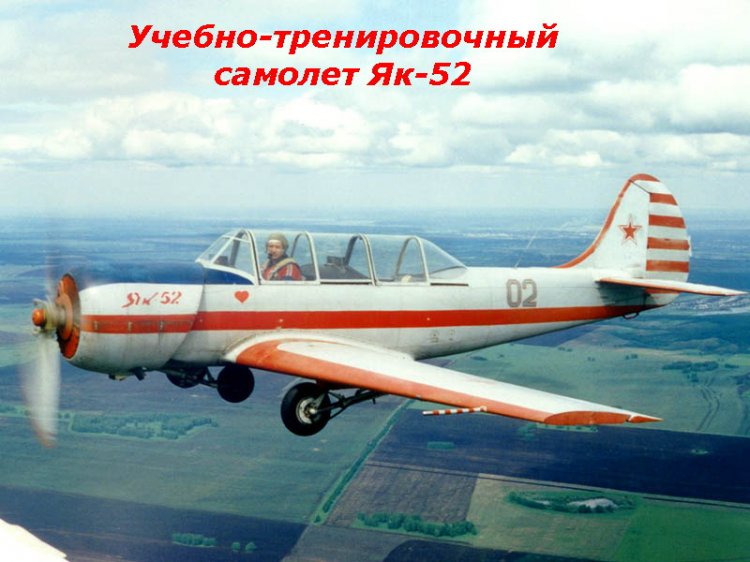 On May, 8th, 1979 in the sky over Tushinsky airdrome there was a small plane with bright red wings which with easy rumbling is dashing twisted aerobatic manoeuvres. One another without delays and intervals was followed by loops, flanks, revolutions.
Generally in it there was nothing unusual. Neighbouring inhabitants have got used for a long time to air pirouettes single sports-flight Як-50. But the skilled eye noticed a difference: the big lantern of a cabin extended forward obviously specified that the plane double. At landing approach other differences became visible also: a nasal rack of the chassis and a landing guard.
The plane rolled on parking, and into the earth have stepped the senior trainer of a national team of the USSR on aerobatics and the chief of the Central aeroclub Jury Aleksandrovich Komitsyn - the first pilots who have tested in air new sports-training plane Jak-52. Pilots - people severe, on praises avaricious, but now spoke their contented faces for themselves. How much days later to trainings from Як-52 candidates for a national team of the USSR on aerobatics have started. 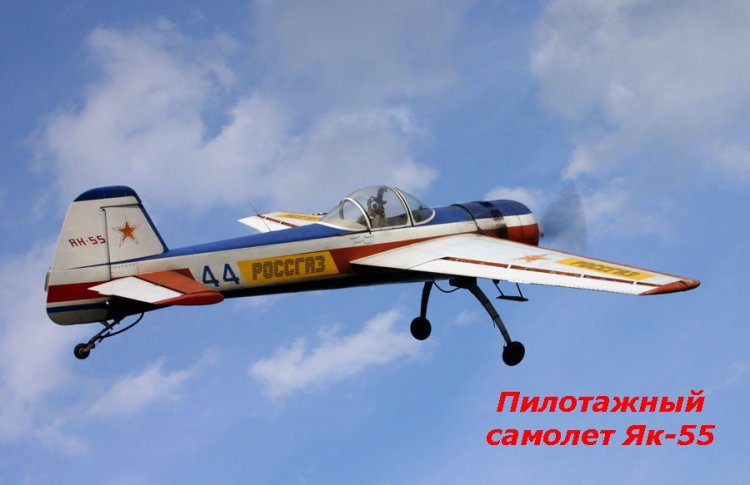 The World championship on the aerobatics, taken place in 1976 in Kiev, has come to the end with a convincing victory of the Soviet pilots acting by plane Jak-50. They showed high-speed pilotage, with the big radiuses, completely using the resolved flight zone in the size 800x1000x900 metres. And foreign sportsmen carried out figures on small speeds with small radiuses, in the limited space - "round a tail" as pilots spoke. Such not high-speed style has been recognised then more progressive. In this connection in our country have started working out of the new sports-flight plane which would meet time requirements. Necessary characteristics could be received, having lowered specific loading on a wing and having applied more bearing, so thicker, a wing profile. For Як-55 - such name was received by the new plane - specific loading on a wing has been defined in 50 kg/m2 (at Як-50 - 60 kg/m2) the new profile of a wing with relative thickness of 18 % against 9-14 % at predecessors is developed.
→ Size: 2 MB
→ Date: 10 years ago (08.10.2009 01:08)
→ Author: Издатель: Приложение к ЮТ
→ Uploaded by: Foxtrot_1 (uploaded 60 files )
→ Approved by moderator: Lenya69
→ License: Freeware - Free version, Do Not Redistribute
→ Downloaded: 1174 time(s)
Comments 1 View ZIP-Content Download 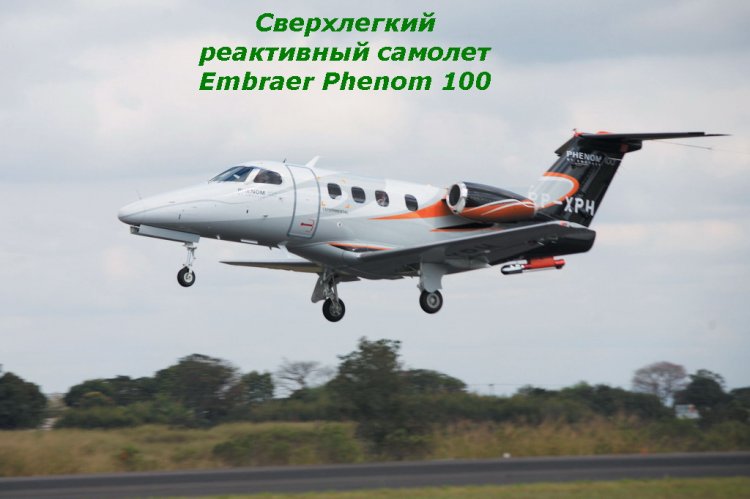 - Screenshot 2
- Screenshot 3
Brazil is made by company Embraer.
For launch at the maximum take-off weight the strip in length of 953 m is required to the plane, and the landing distance by results of certified tests makes 823 m.
For January, 5th, 2009 the price of plane Phenom 100 in a base configuration is defined in $3,68 million 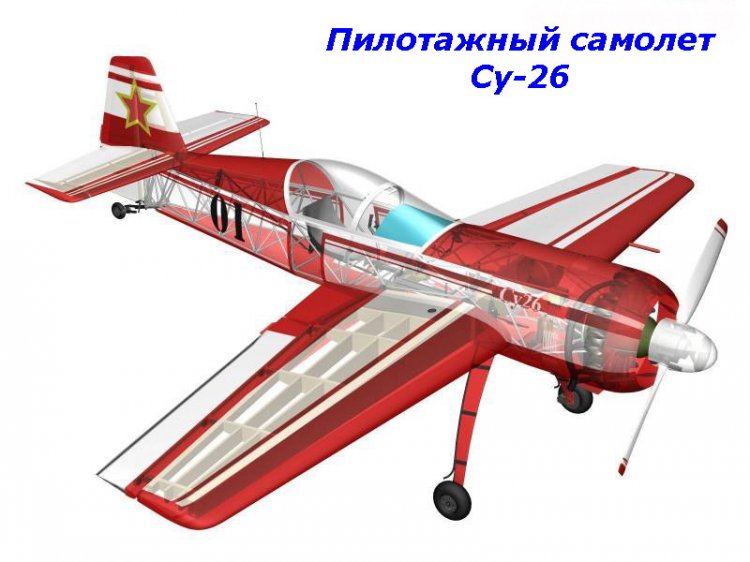 Su-26 - The first plane of civil appointment of firm Dry. Its working out has begun in 1983, the pre-production model has made the first flight in June, 1984. Su-26 for the first time has been presented in the championship of the socialist countries on aerobatics in August, 1984 to Hungary. The national team of the USSR completely acting on Su-26М in XIII World championship in August, 1986 in the Great Britain, has won command superiority and Nesterov's cup, and also 16 medals from 33 played.
→ Size: 654 KB
→ Date: 10 years ago (06.10.2009 21:56)
→ Author: Издатель: Приложение к ЮТ
→ Uploaded by: Foxtrot_1 (uploaded 60 files )
→ Approved by moderator: AirArt
→ License: Freeware - Free version, Do Not Redistribute
→ Downloaded: 1658 time(s)
Comments 1 View ZIP-Content Download