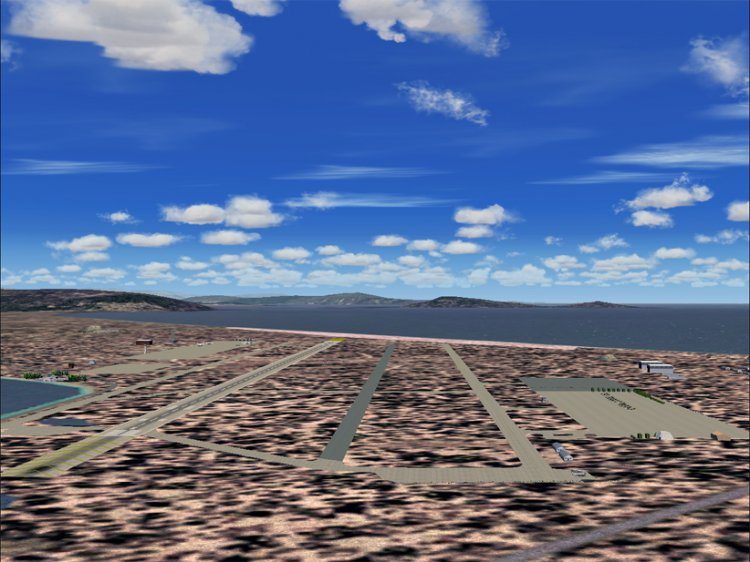 - Screenshot 2
2 May, 1979, two months after the end of the Sino-Vietnamese War, the Soviet Union and Vietnam signed an agreement to use the port as a point Kamrani Logistics (PMTO), the Soviet Navy for 25 years. Later there was a major Soviet military base abroad a total area of 100 km?. All the infrastructure was upgraded. At the airport permanently based a mixed aviation regiment. 12 December 1995 during approach Kamrani in adverse weather conditions, crashed three fighter Su-27 flight from the Air Force Russia V«Russian KnightsV».
→ Size: 16 MB
→ Date: 12 years ago (29.04.2009 23:55)
→ Author: Юрий Пронин
→ Uploaded by: ypron (uploaded 8 files )
→ Approved by moderator: AirArt
→ License: Freeware - Free version, Unlimited Distribution
→ Downloaded: 991 time(s)
Comments 3 View ZIP-Content Download
+2
RЈR¶RѕSЃ − Volunteer, 12 years ago, #
Что нужно сделать чтоб отображались рулёжки и ВВП в FSX? − Dzhon, 9 years ago, #
This volume takes a turn in the little drops ... By the same scene is not a fountain. The rest, textures and patterns of traffic ... Assessment is not. − disp-nrsk, 12 years ago, #
The scenario was made for those who are interested in a time when there was the base. The scenario was made based on the participants in those events. Sorry I did not know that you have a small hard drive and Internet traffic problems. − ypron, 12 years ago, #
+1
Those who saw this base alive, will find very little in common with the original (not clear who you are advised ...). And the volume of the screw with the Internet traffic here is absolutely nothing to do with. − disp-nrsk, 12 years ago, #